Hi! I’m Oliver. Thank you for visiting my site. There are lots of things that I like doing, but chess is my favorite. My Mom tells me that I taught myself how to play when I was five years old. I was instantly hooked. Chess excited me and it didn’t take long before I started playing in tournaments, which I absolutely loved. I think everyone should know not just how to play chess, but how to play it well. That’s how I ended up writing two books (so far) about chess! I wanted to share not only my passion for the game, but also my tips for winning. Most of all, I hope my books inspire you! 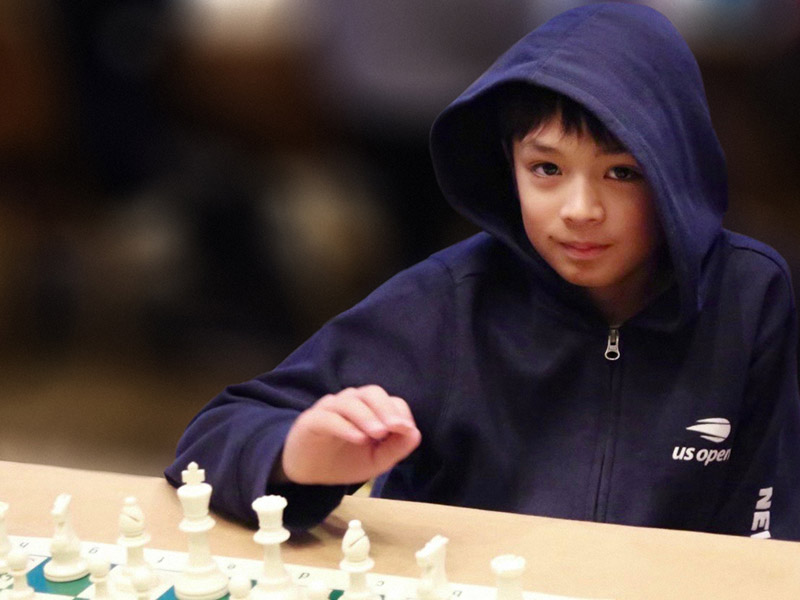 Oliver Boydell was born in New York City to a Vietnamese mother and an English father. A two-time National Chess Champion and a New York City Chess Champion, Oliver developed a passion for chess at the age of five. He started competing in chess tournaments during the same year and is a regular contender at New York City, New York State, and National Scholastic Chess Championships. Oliver endeavors to become a chess Grandmaster. He loves sports, especially playing soccer and skiing down double black runs with his older brother Sebastien. Oliver is 12 years old and lives in New York City with his family. 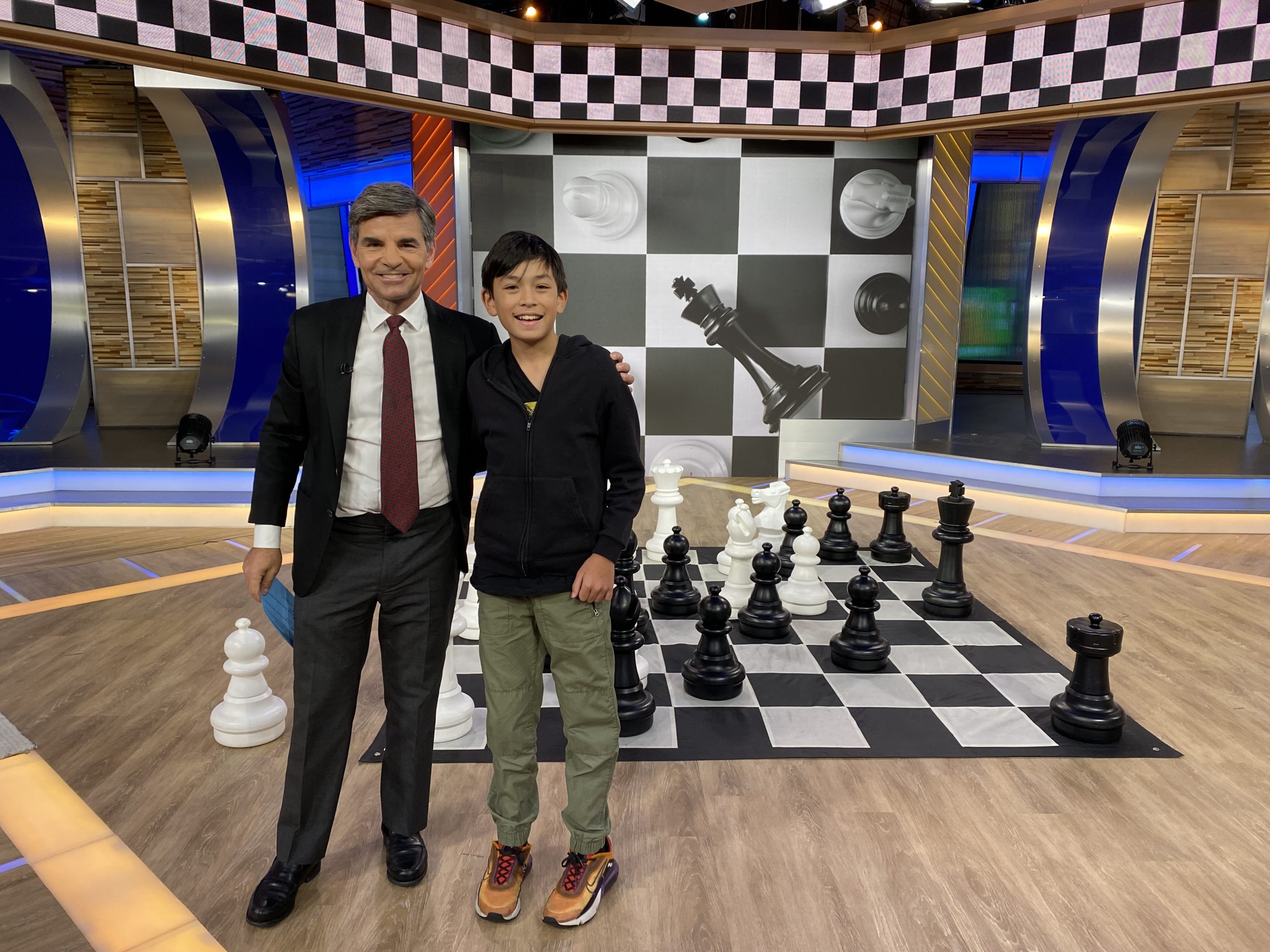 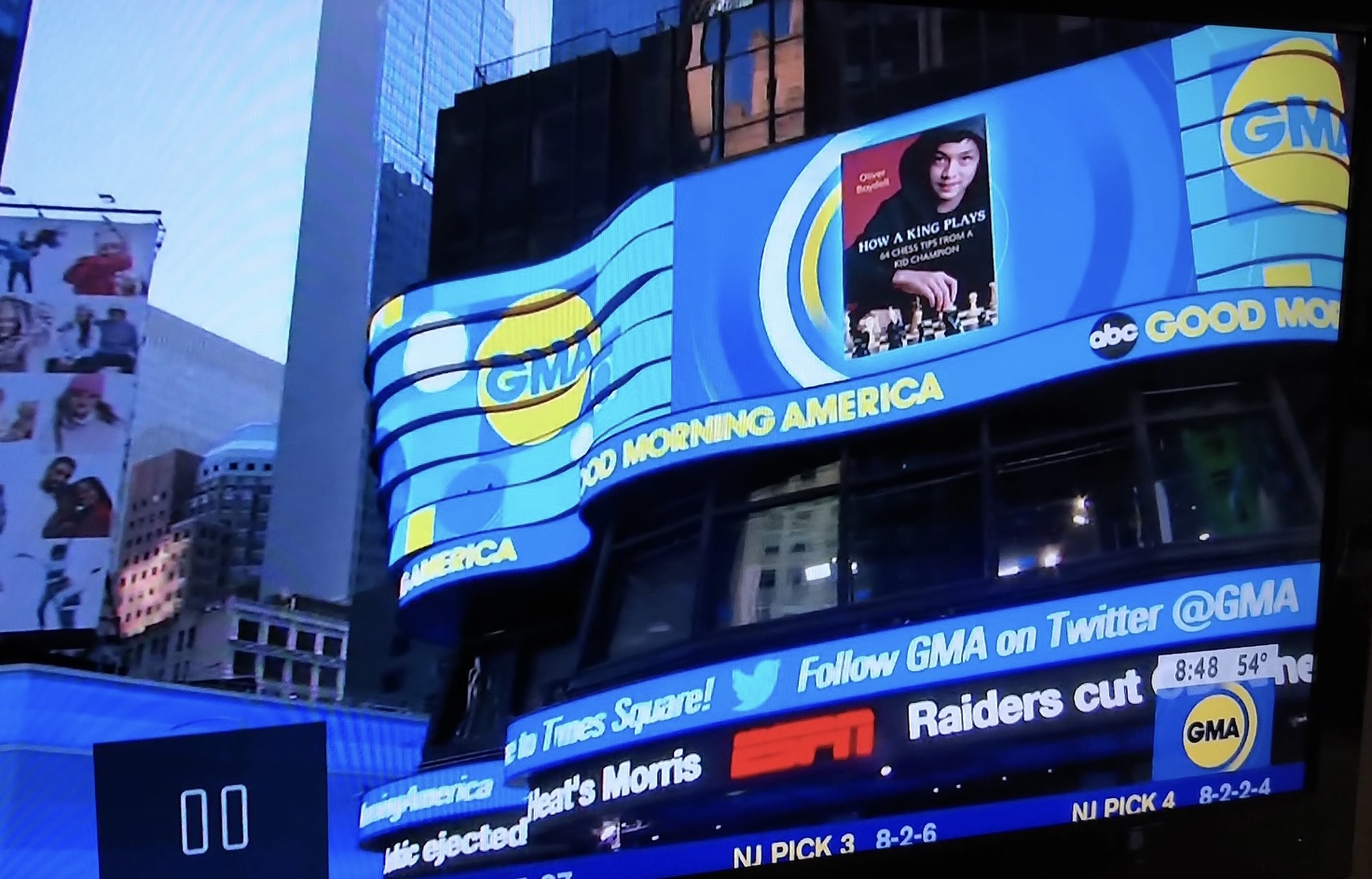 How A King Plays: 64 Chess Tips from a Kid Champion on Display in Times Square! November, 2021 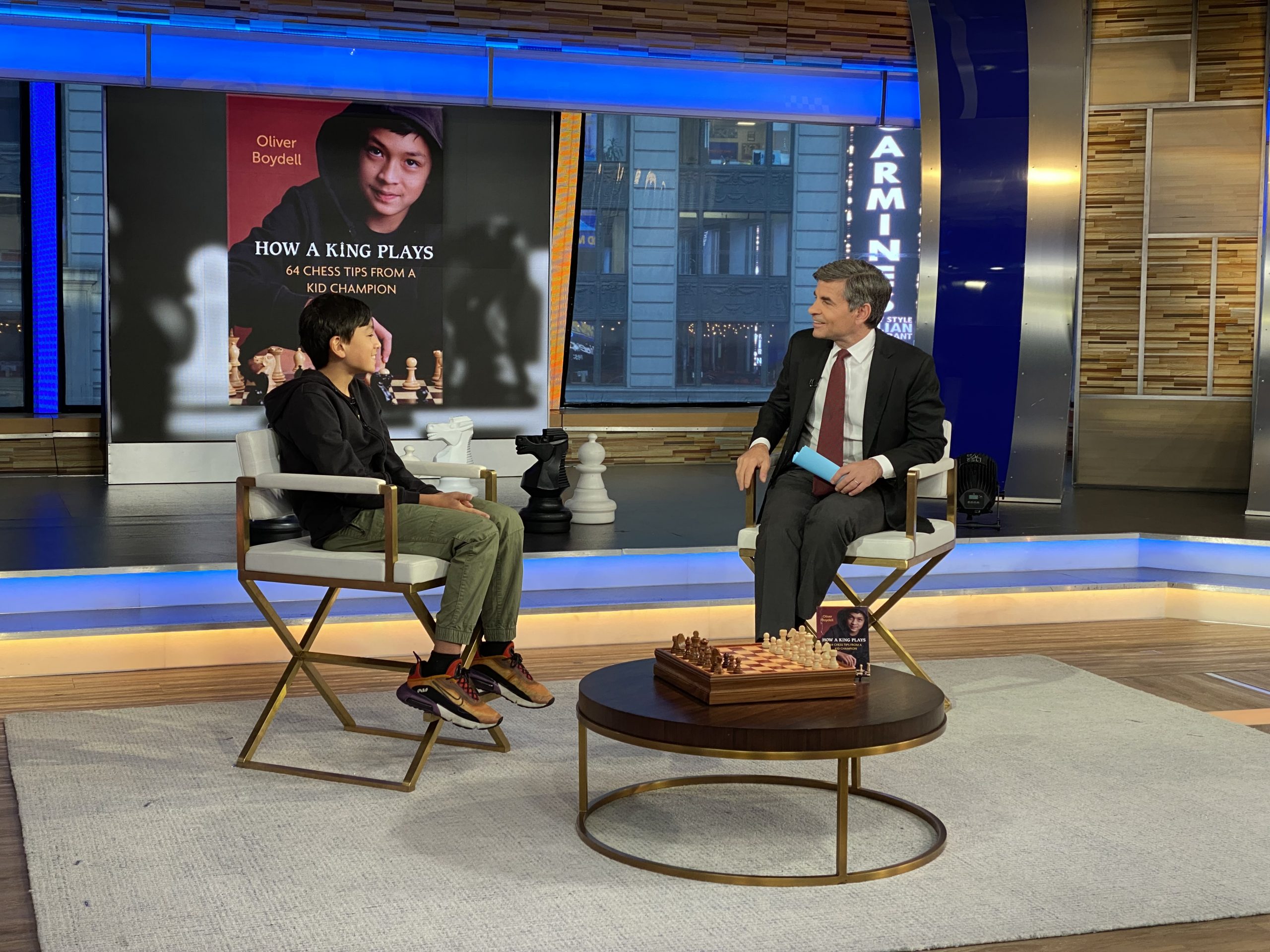 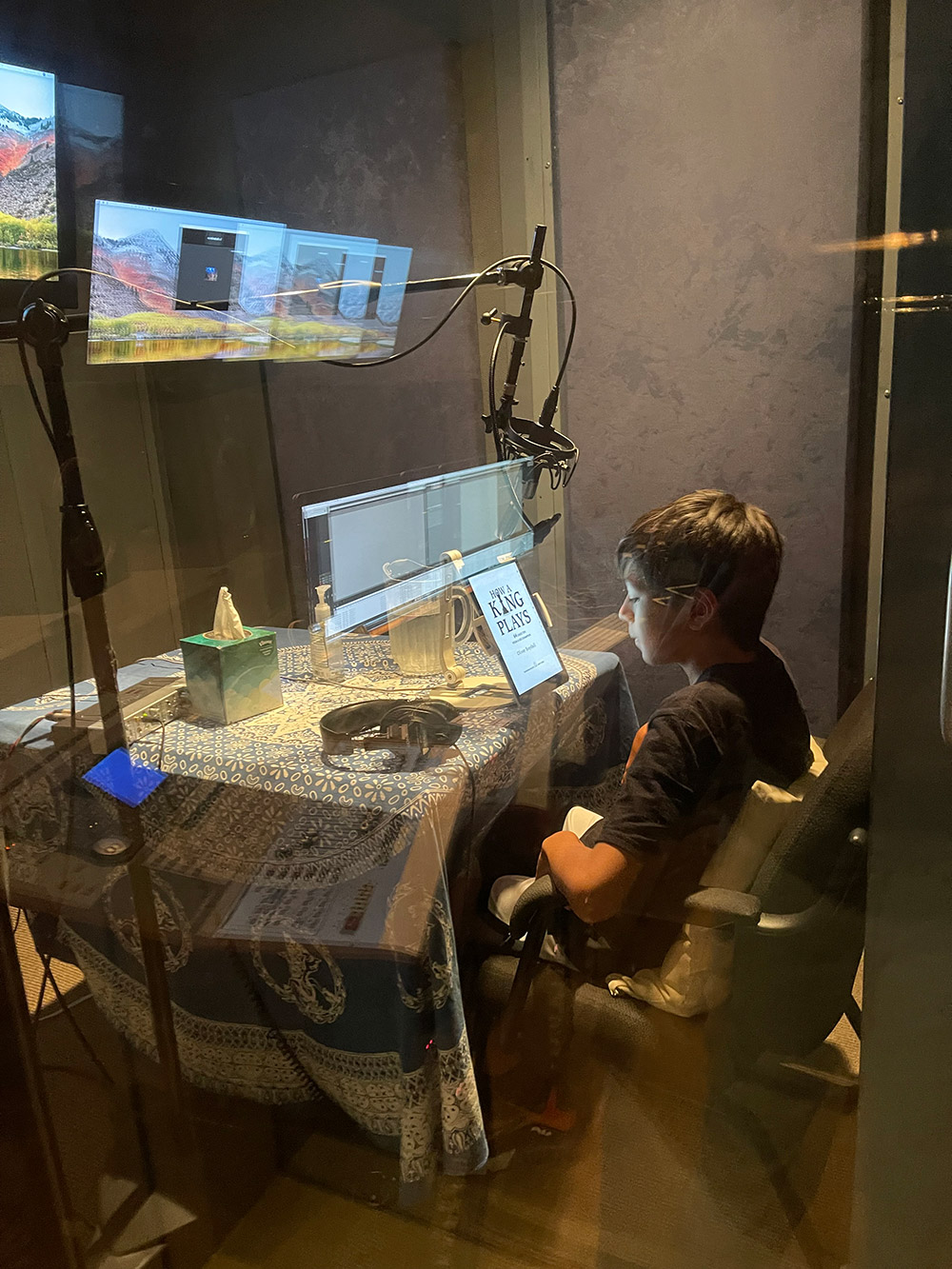 Oliver records the audiobook for “How A King Plays” in a recording studio in New York City. September, 2021 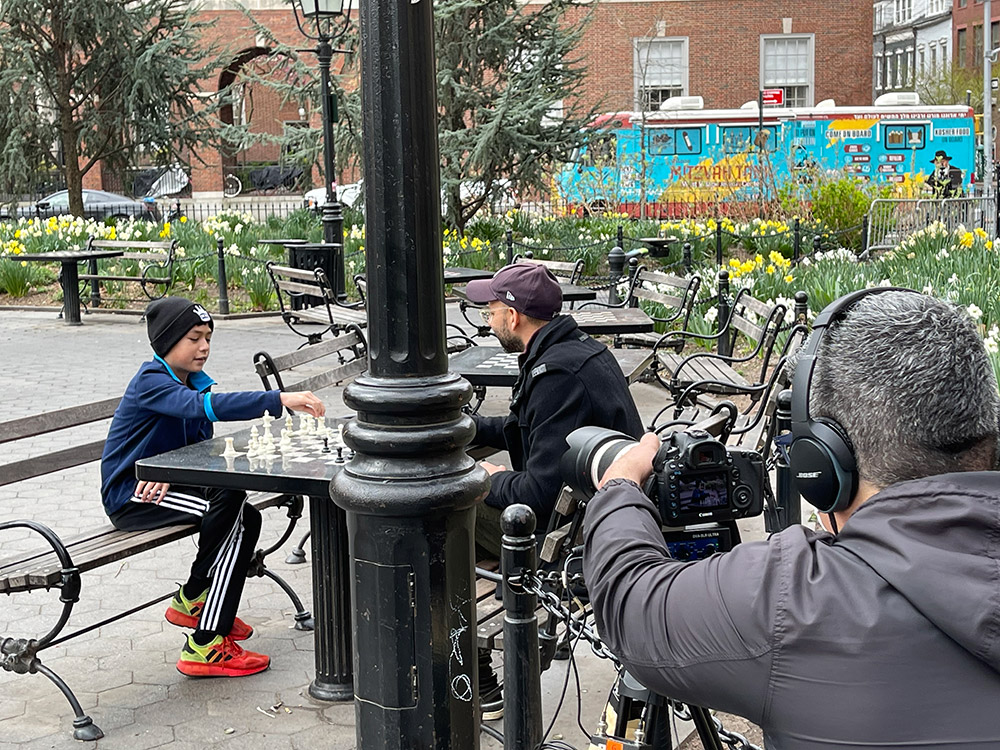 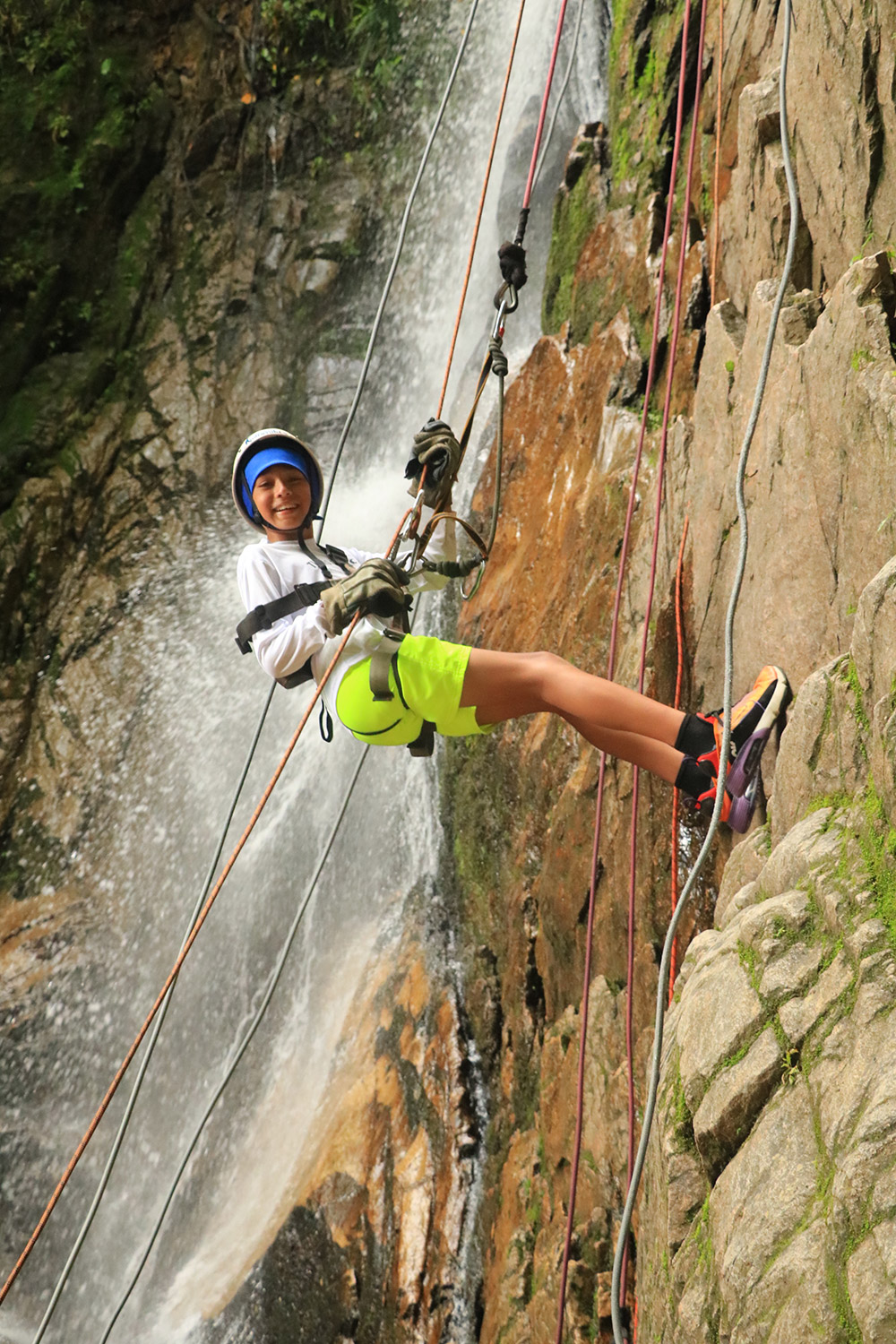 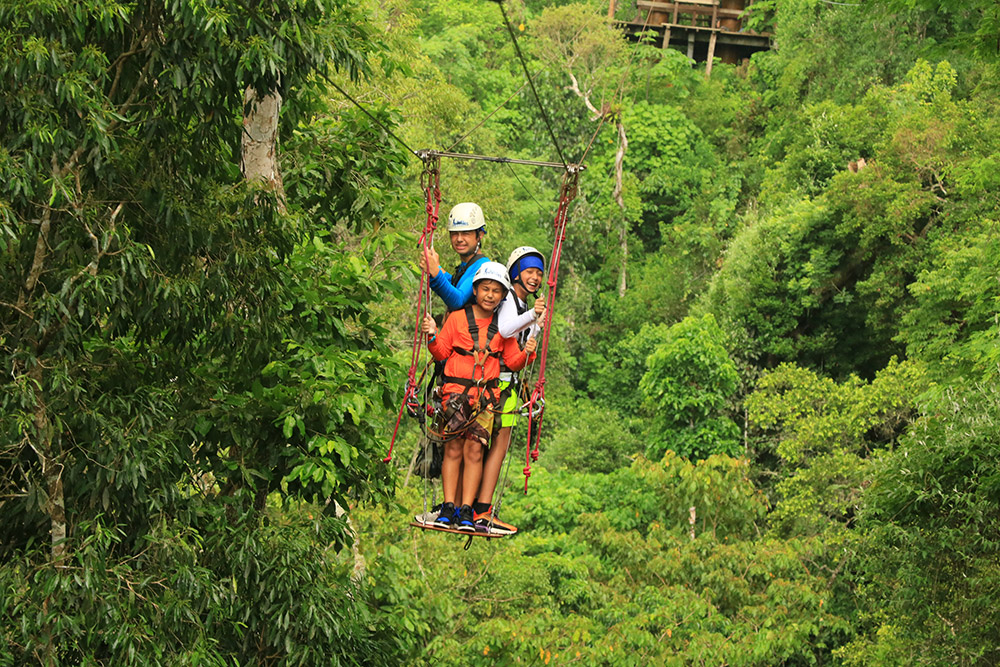 Oliver (in white) ziplines on a board high above a jungle in Mexico with his cousins, Reagan and Robbie. August, 2021 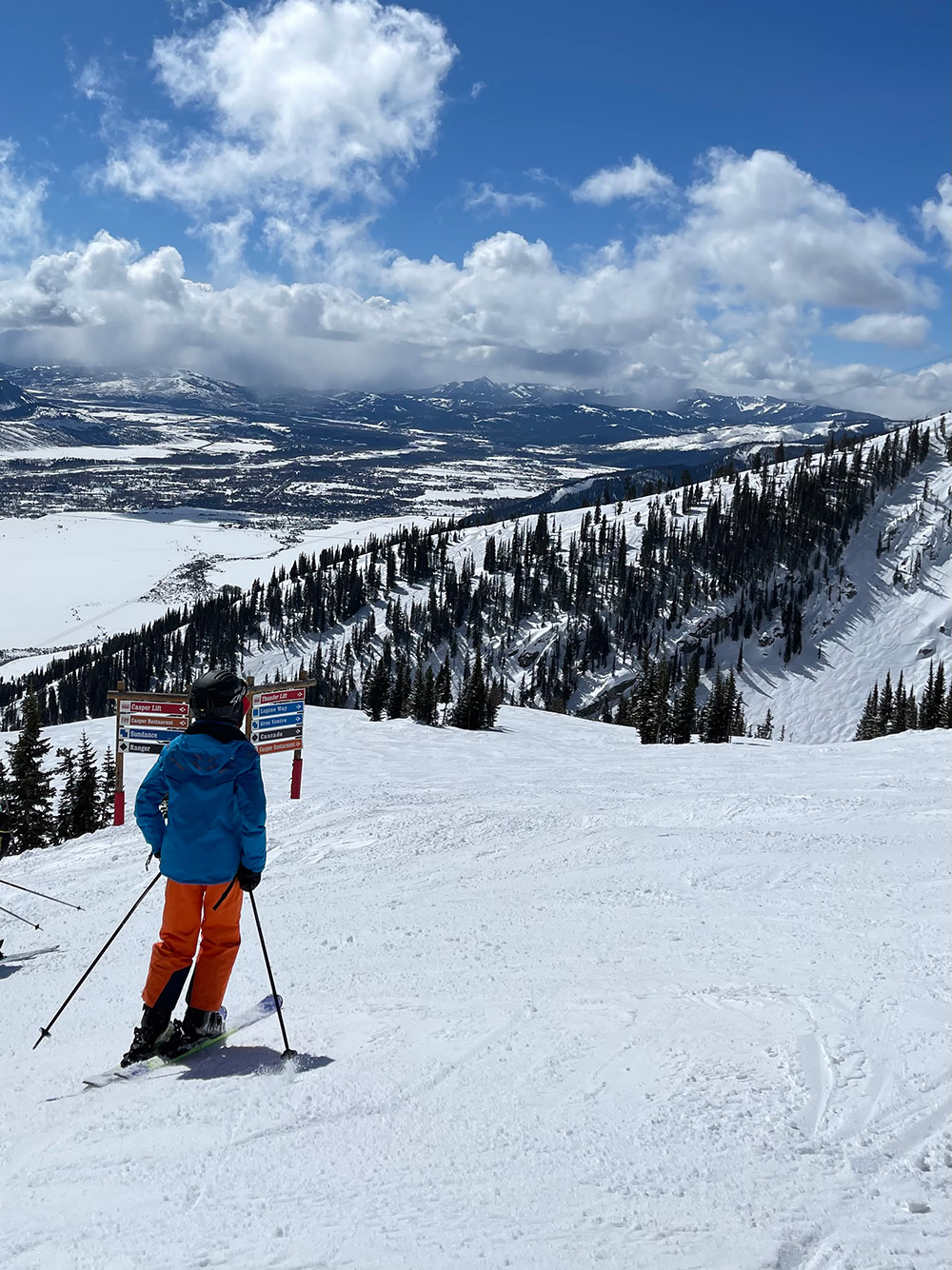 Oliver takes in the fresh air on the slopes at Jackson Hole, Wyoming. March, 2021 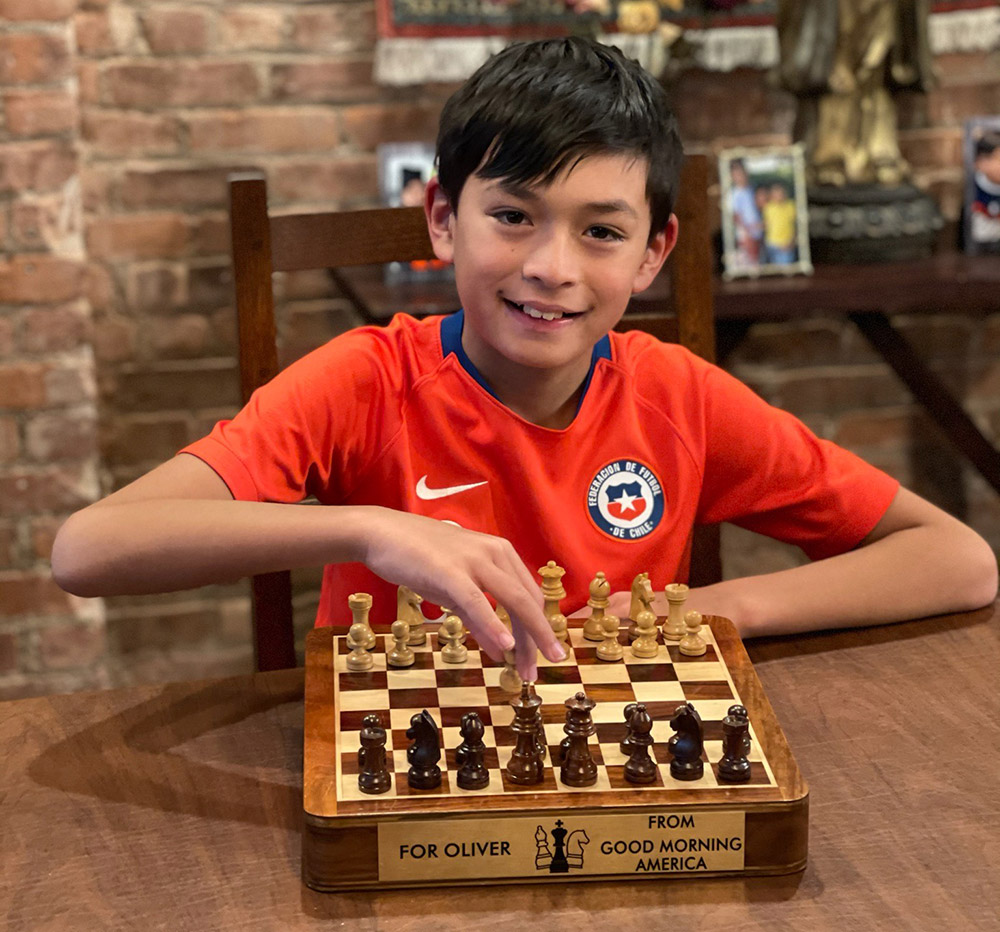 Oliver practices on the chess board that was gifted to him by Good Morning America during his appearance on the show. December, 2020 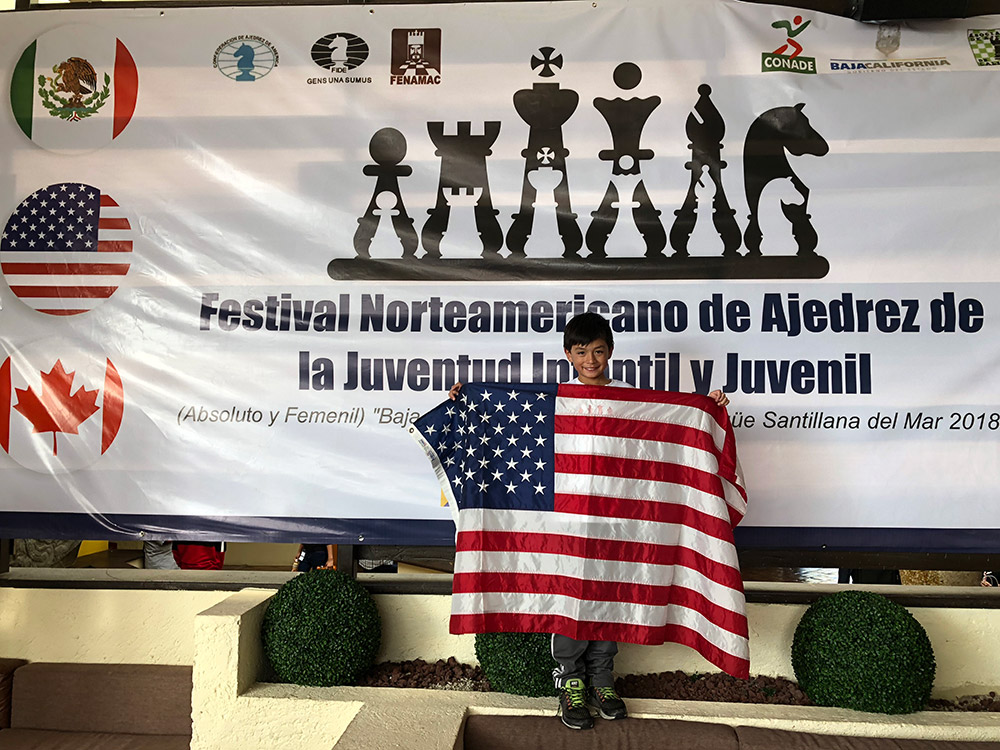 Oliver attends the North American Youth Chess Championships in Mexico. At this tournament, he competed against players from the United States, Canada, and Mexico. November, 2018 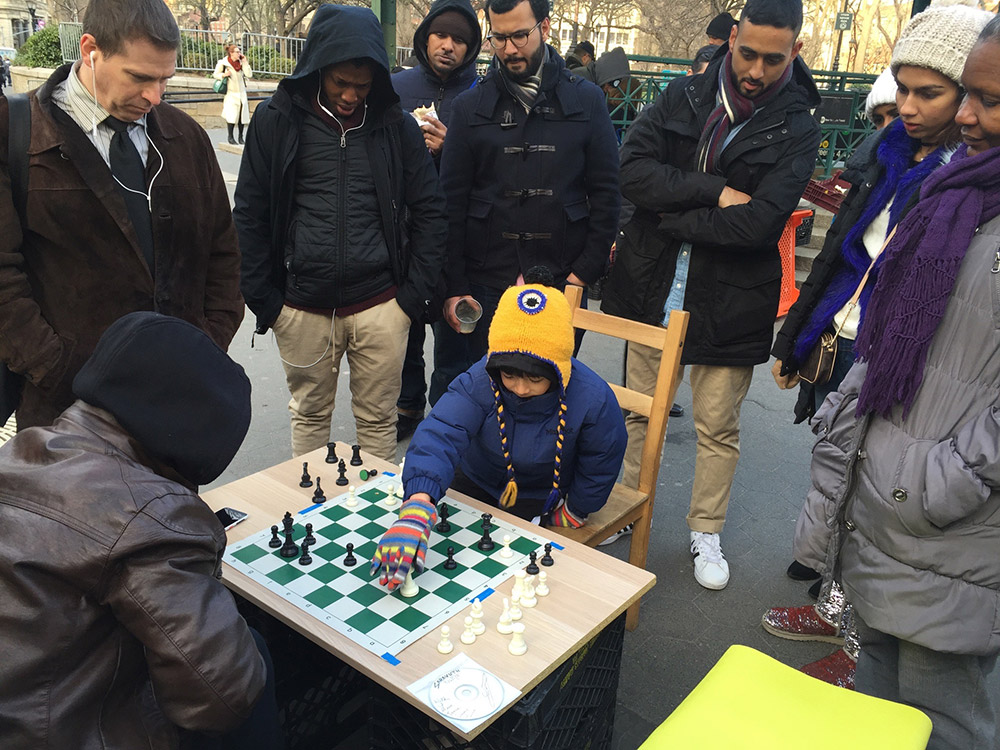 Oliver attracts a crowd of onlookers in New York City’s Union Square, as he practices his moves against players many times his size. March, 2017 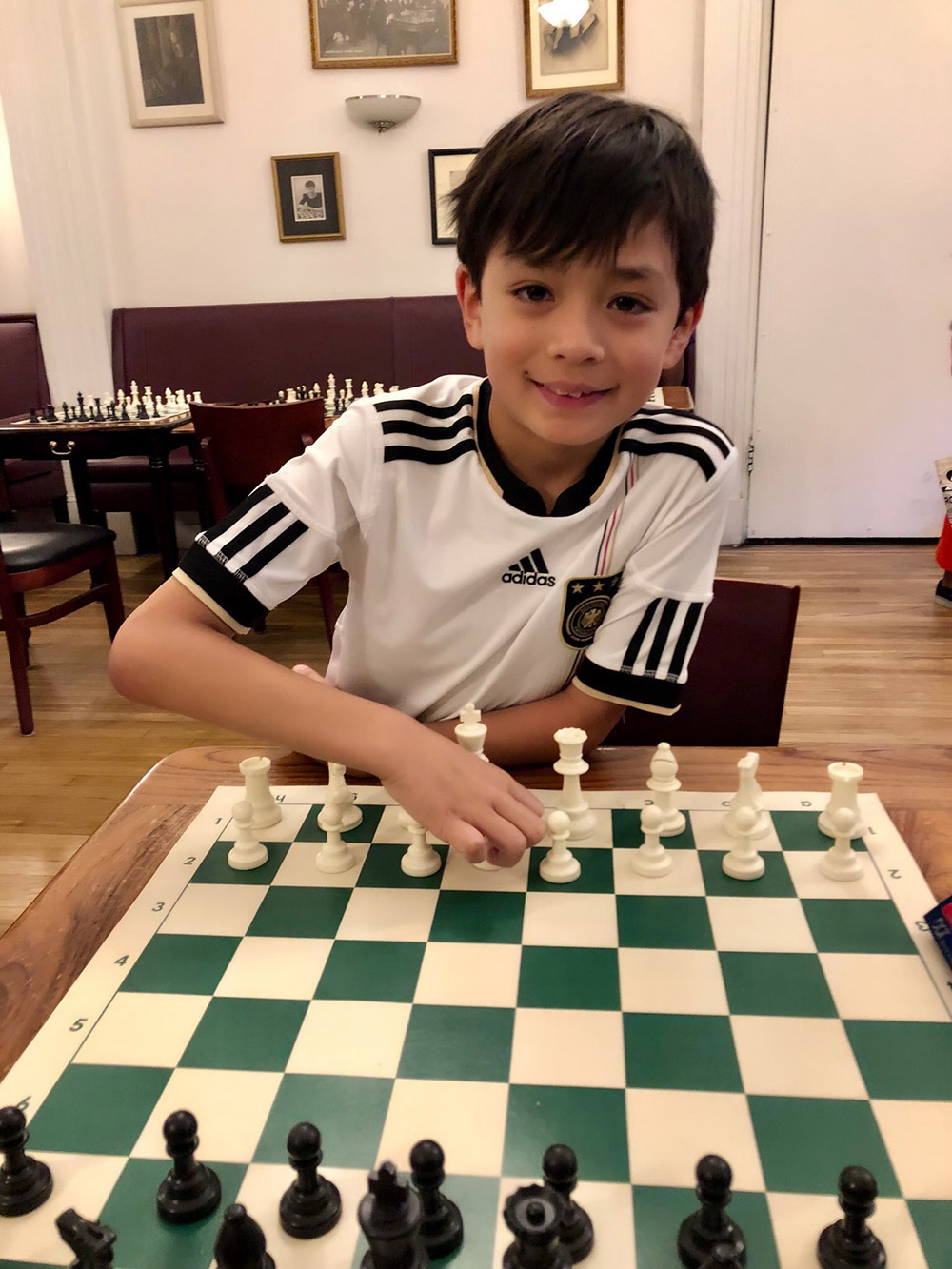 Oliver gets ready for some chess at the legendary Marshall Chess Club in New York City’s Greenwich Village. May, 2018 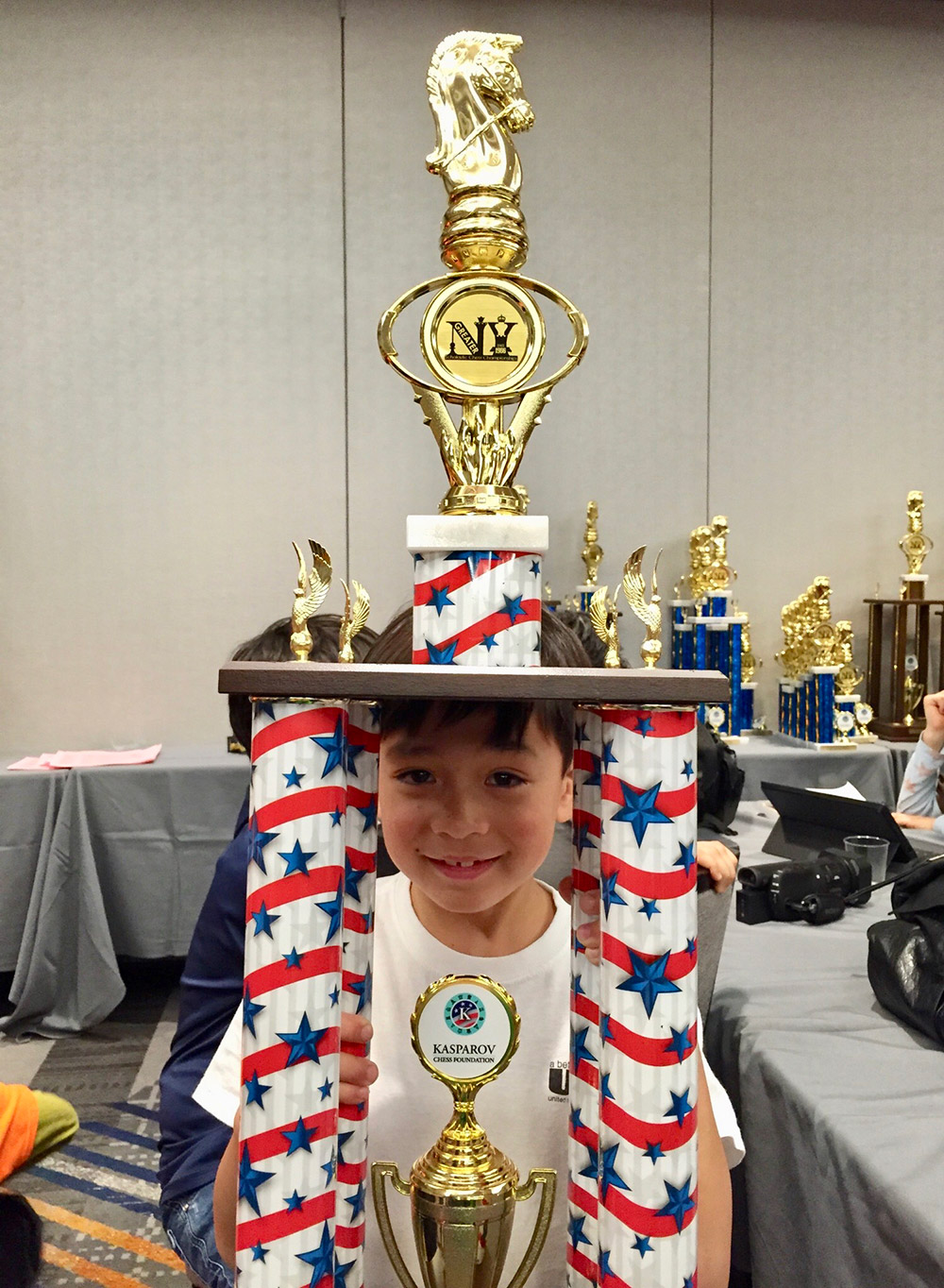 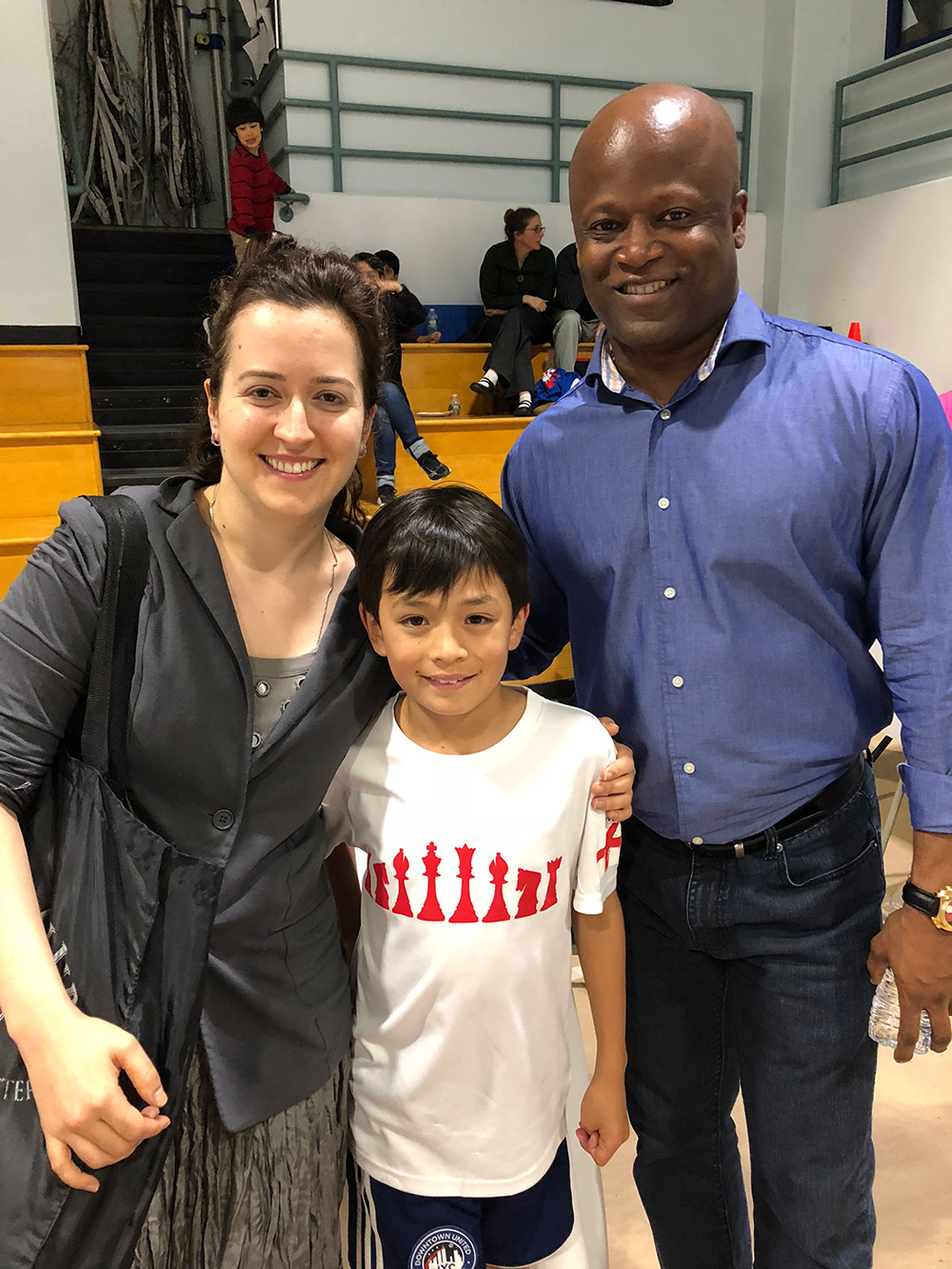 Oliver with GM Maurice Ashley and GM Irina Krush at the Charity Chess Championship in New York City. May, 2018 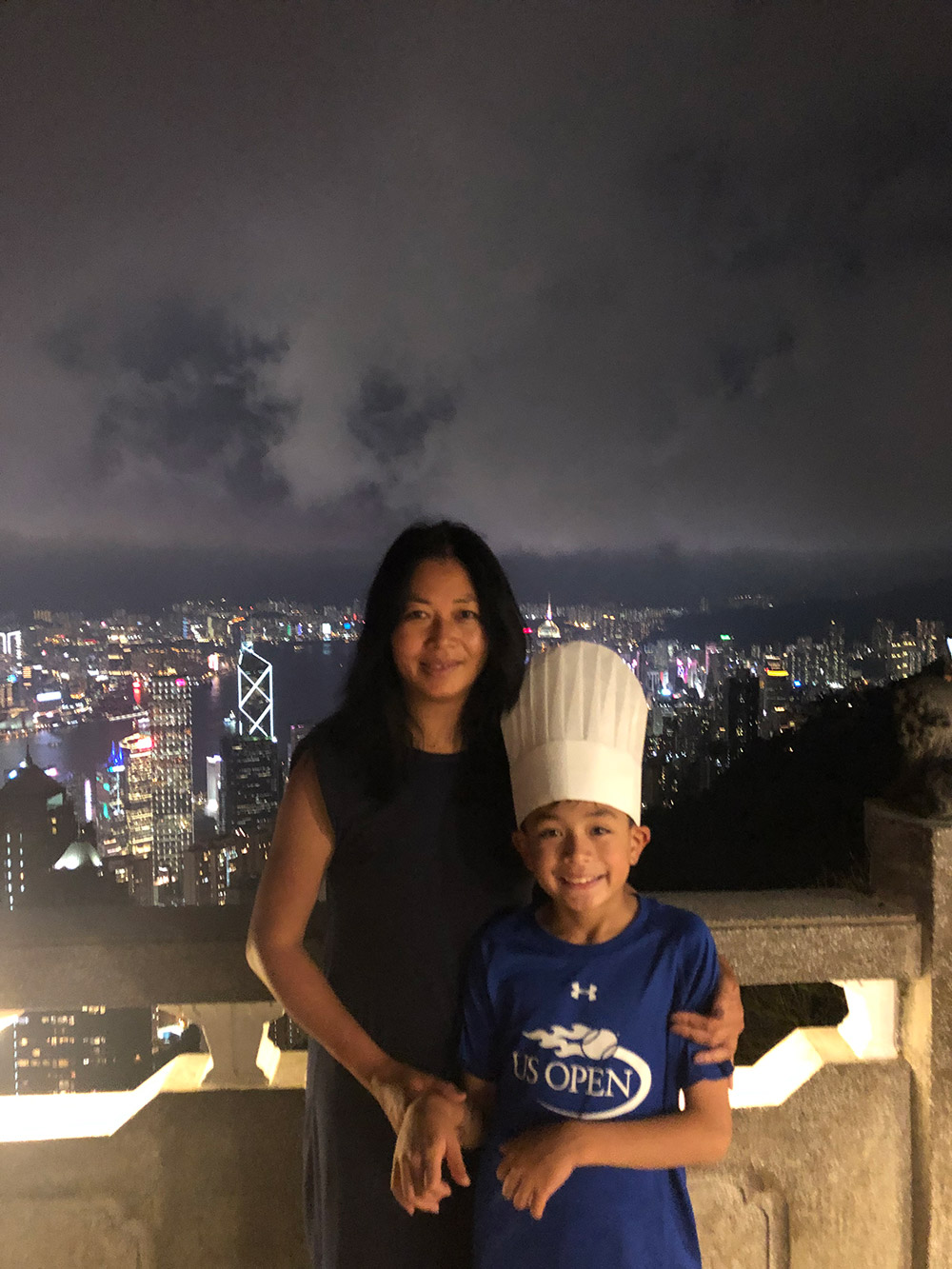 “Chef Oliver” enjoys the spectacular views of Hong Kong from Victoria Peak after an earlier visit to a fabulous dim sum restaurant with his mother, Tiffany. And yes, the food was amazing. August, 2019 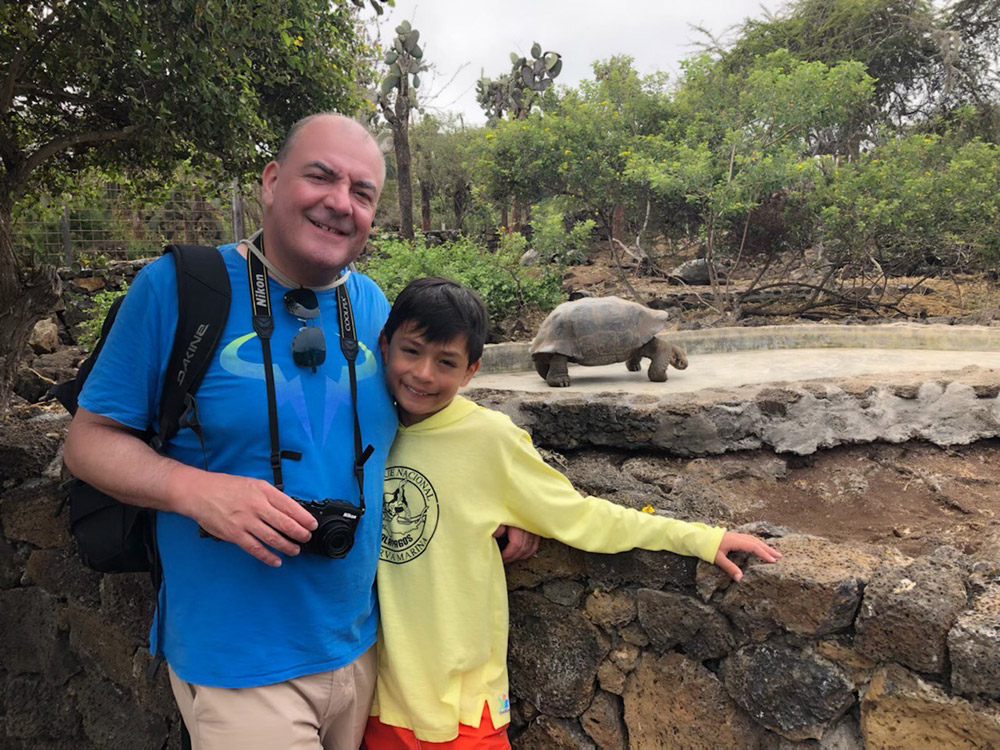 Oliver and his dad Paul at the Charles Darwin Research Station on the Galápagos Islands. July, 2019 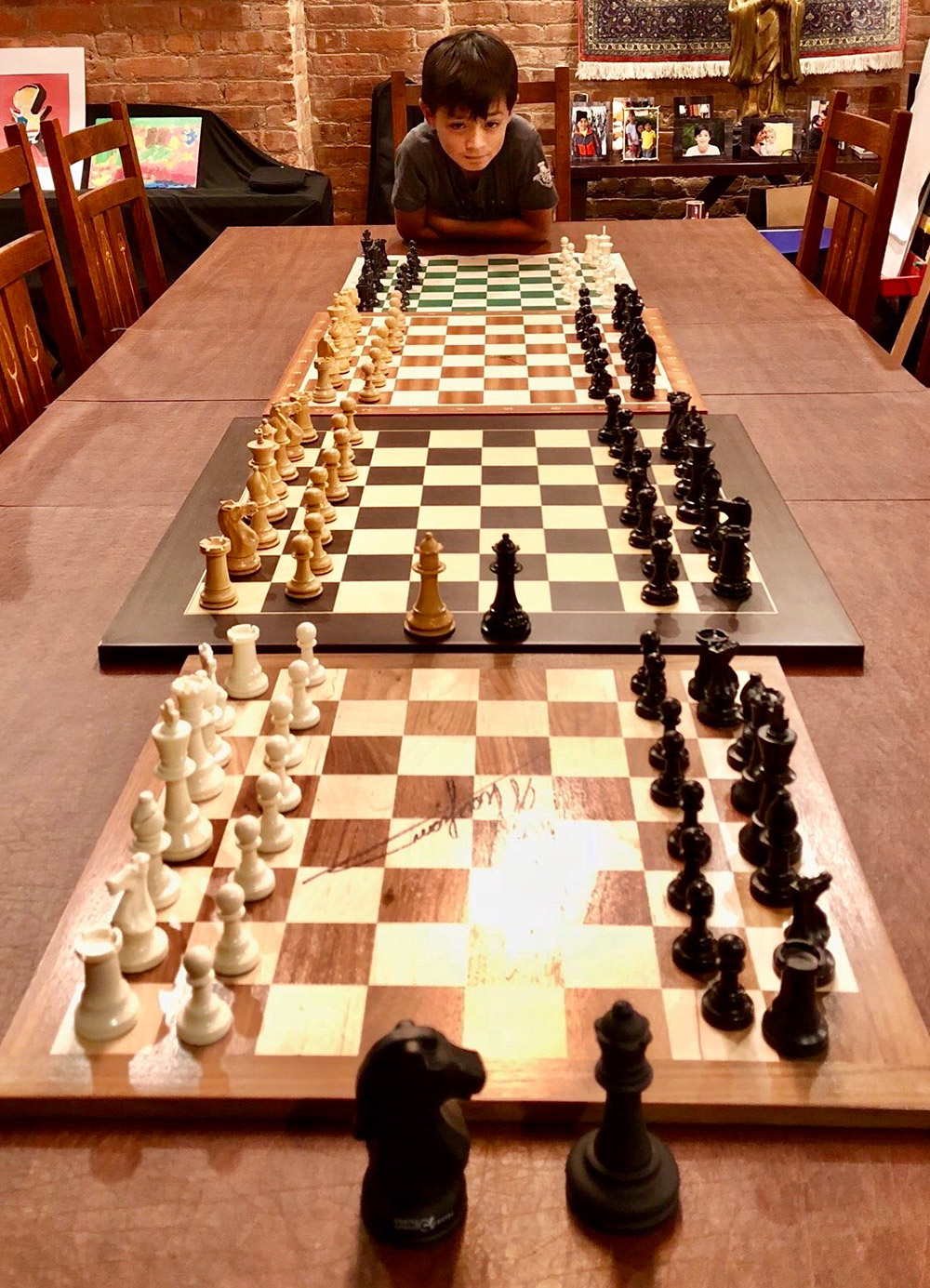 Oliver, at home in New York City, displays his collection of chess boards. His favorites include a board signed by World Chess Champion Garry Kasparov and another autographed by the U.S. Chess Champion Fabiano Caruana. September, 2018 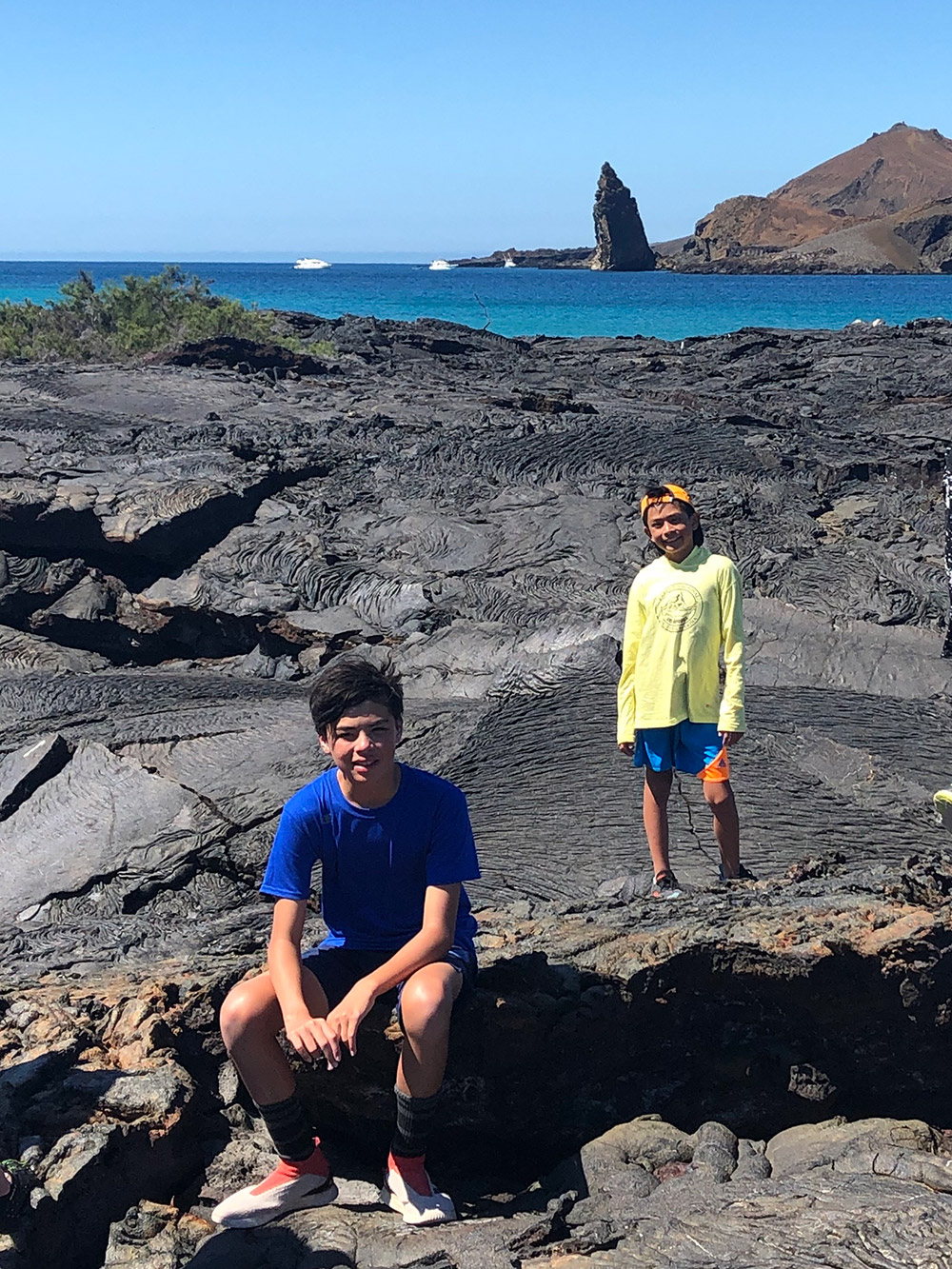 Oliver and his big brother Sebastien go for a hike on Santa Cruz Island, which was full of black rocks. July, 2019 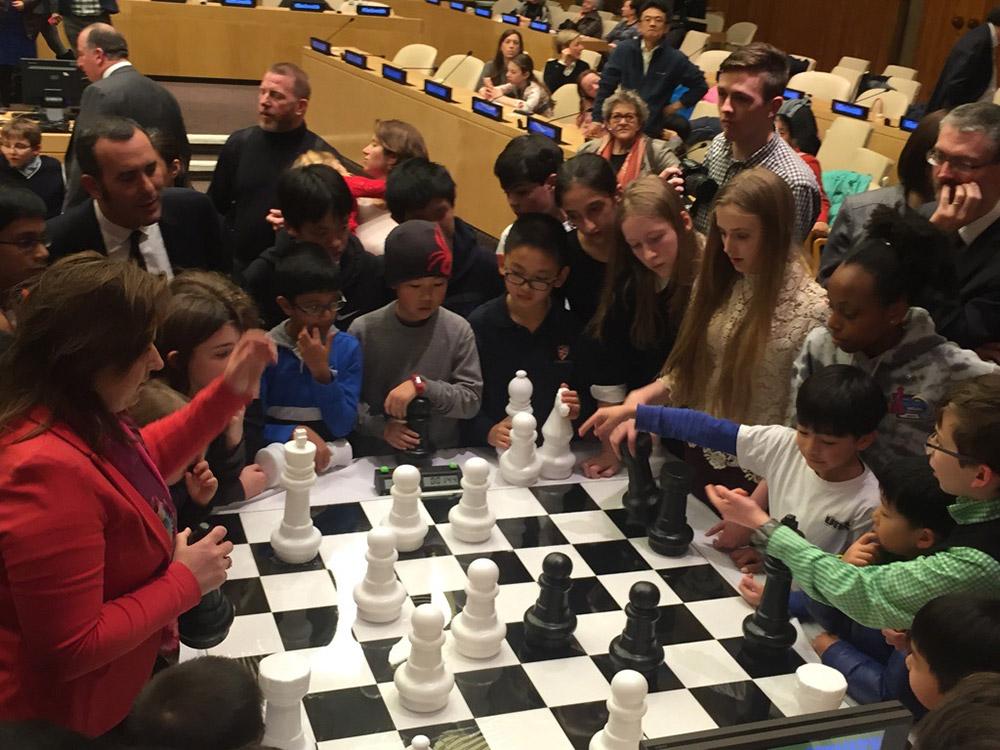 Oliver plays chess against GM Judit Polgar (Oliver is in white directly across from Judit) at the Global Chess Festival at the United Nations in NYC. March, 2017 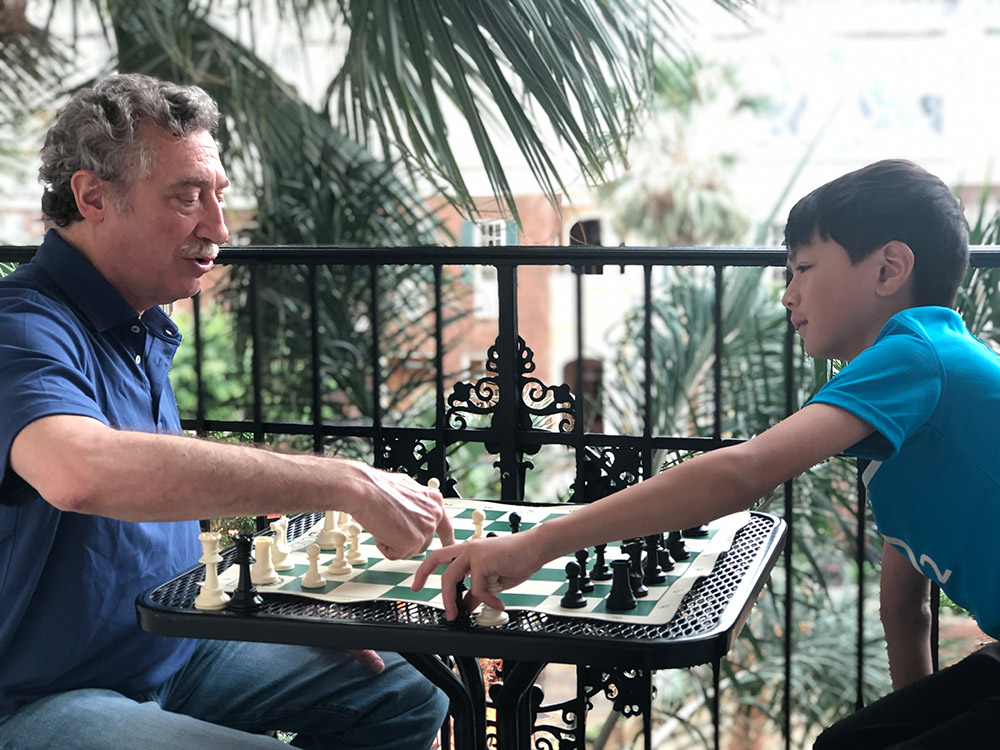 Oliver and his chess coach NM Bruce Pandolfini prepare before the next round of competition at the 2019 National Elementary (K-6) Championship in Nashville. May, 2019 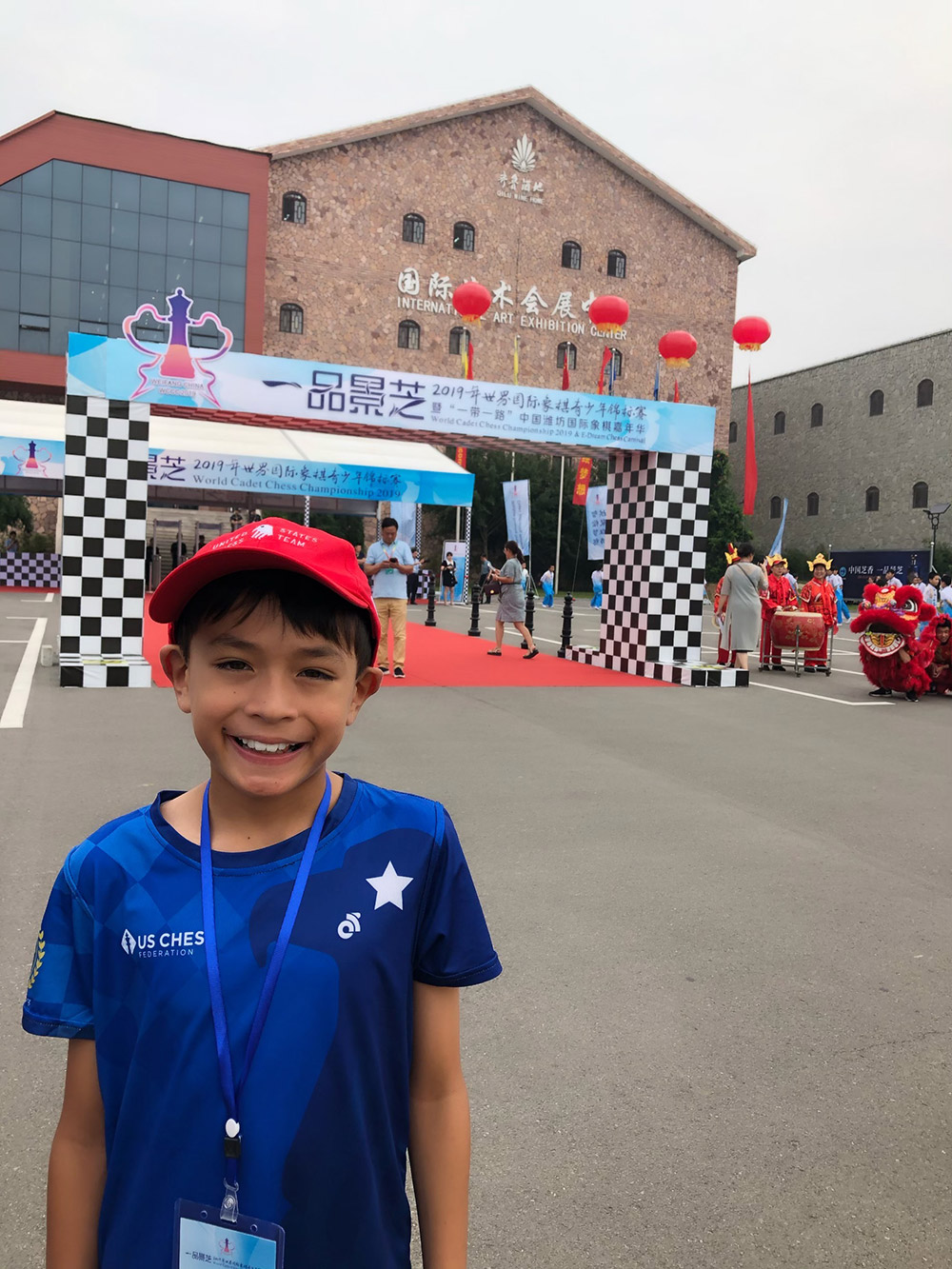 Oliver gets ready to enter the venue for the World Cadet Chess Championship in Weifang, China. August, 2019 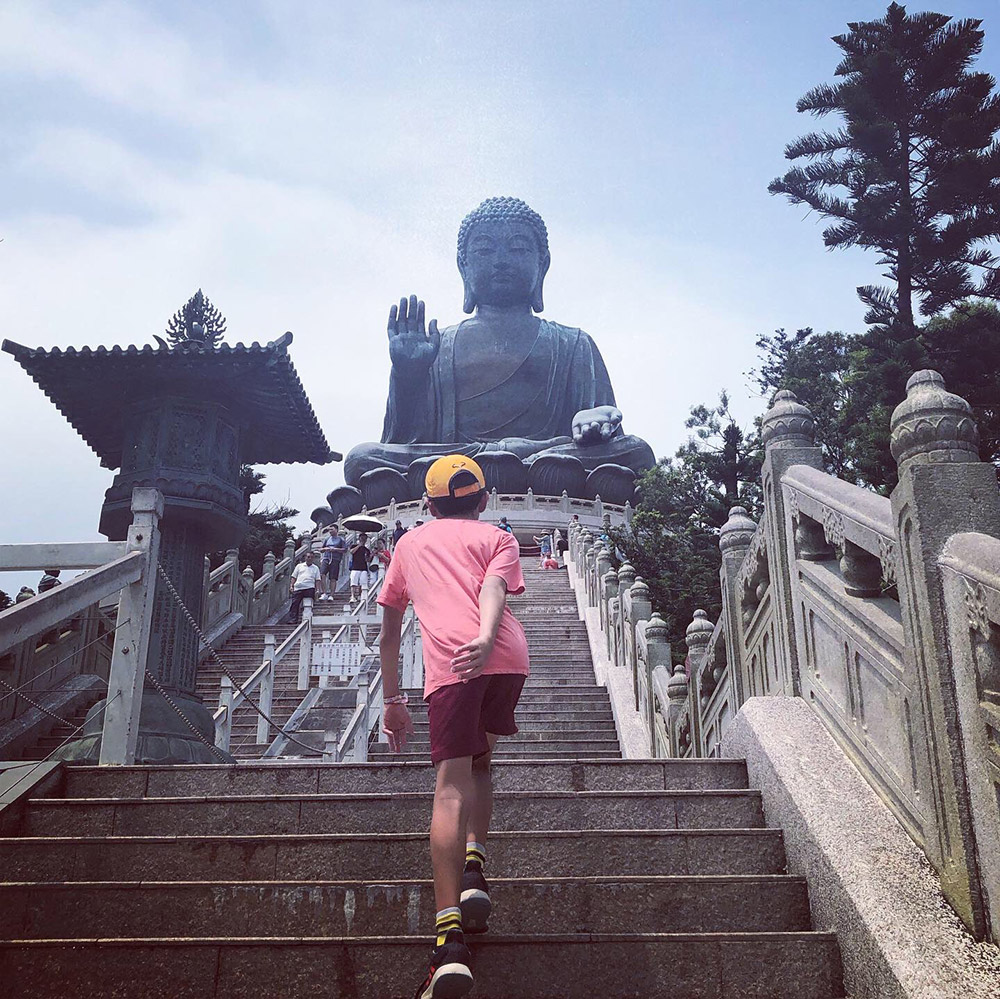 Oliver visits the magnificent Tian Tan Buddha (Big Buddha) in Hong Kong, one of the largest seated Buddhas in the world. August, 2019 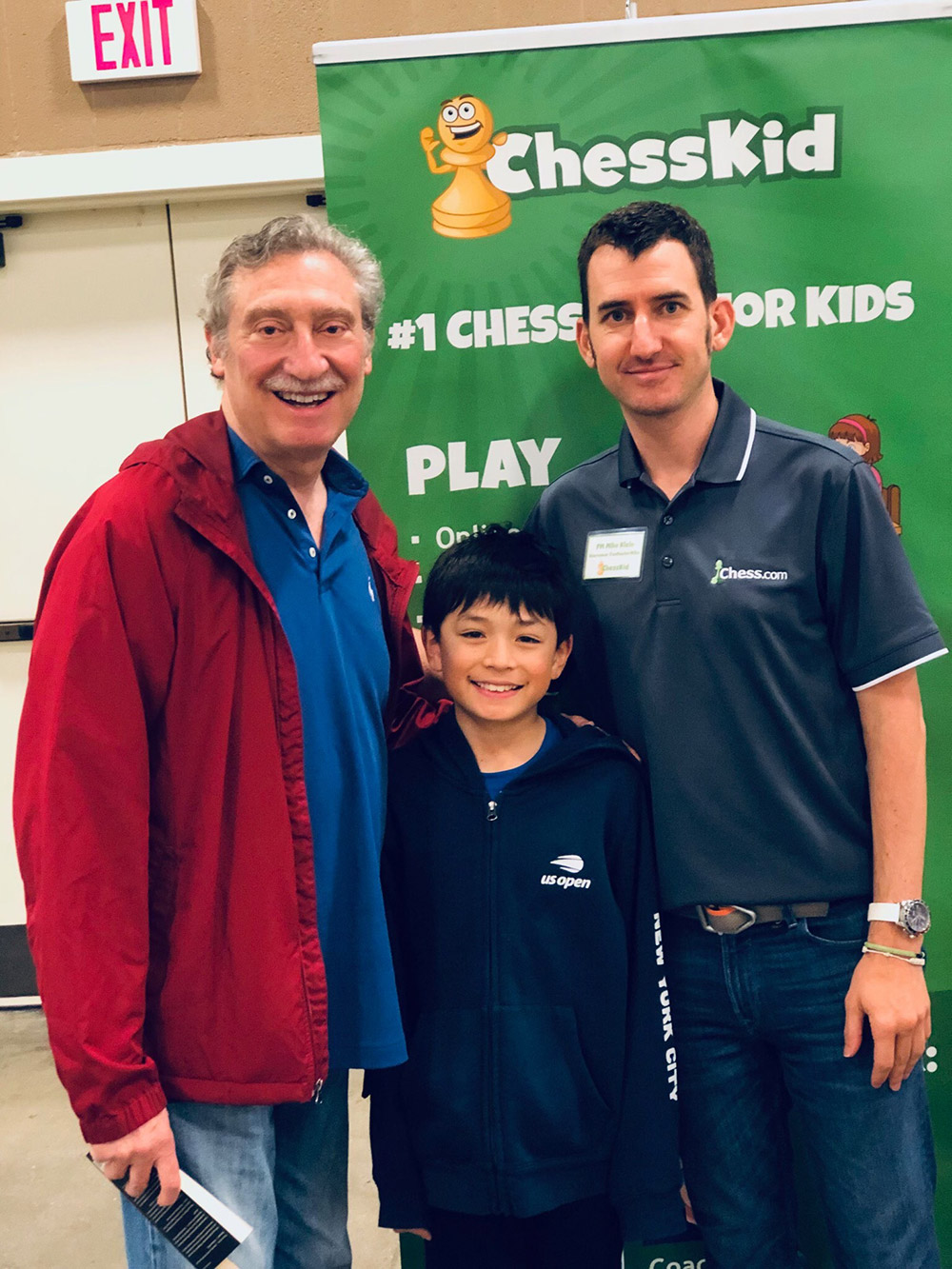 Oliver takes a break between chess rounds, with NM Bruce Pandolfini (left) and FM Mike Klein (right) at the 2019 National Elementary (K-6) Championships, held at the Gaylord Opryland Resort and Convention Center in Nashville. May, 2019 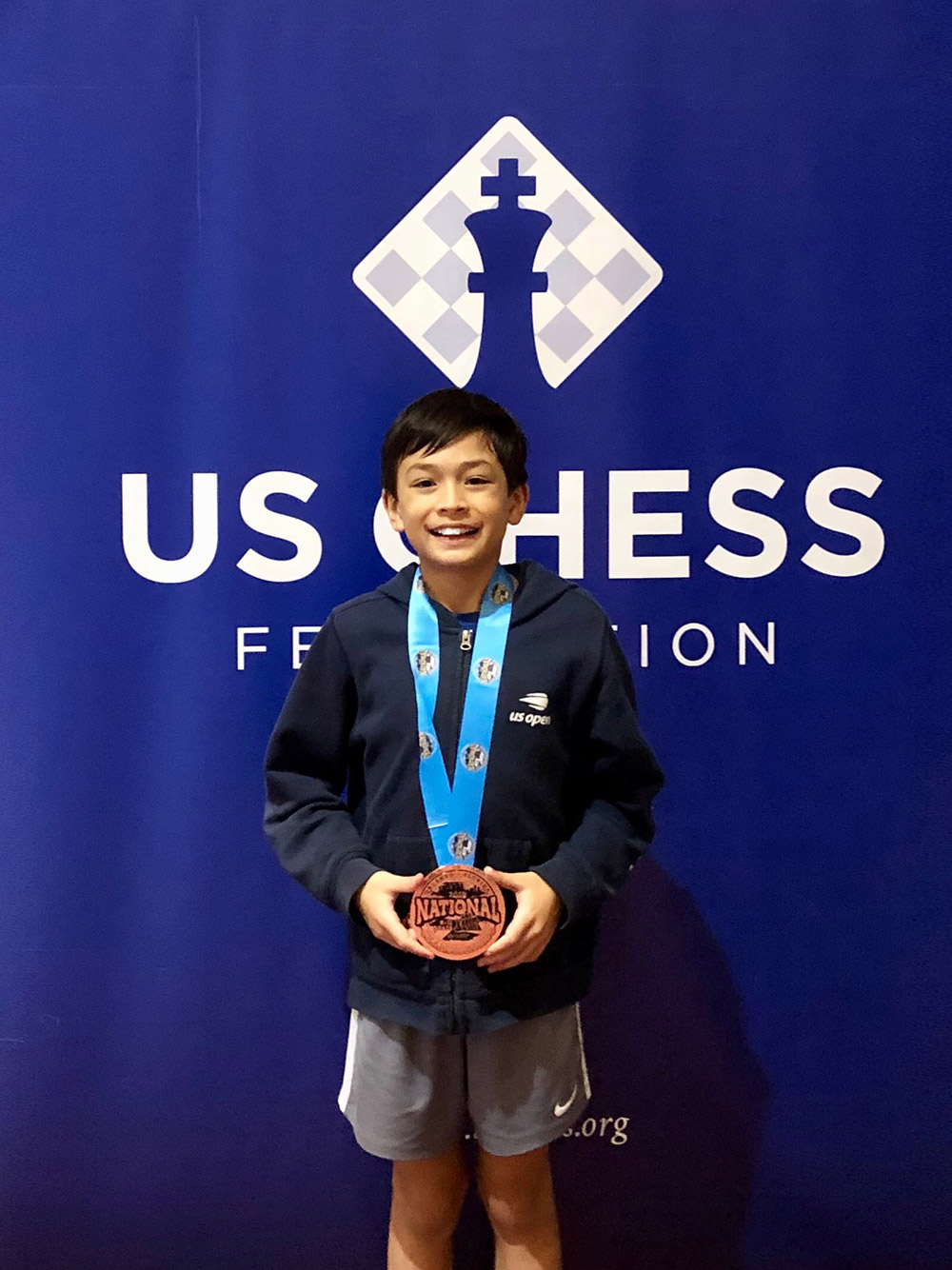 Oliver receives a medal at the 2019 National K-12 Grade Championships in Orlando. December, 2019 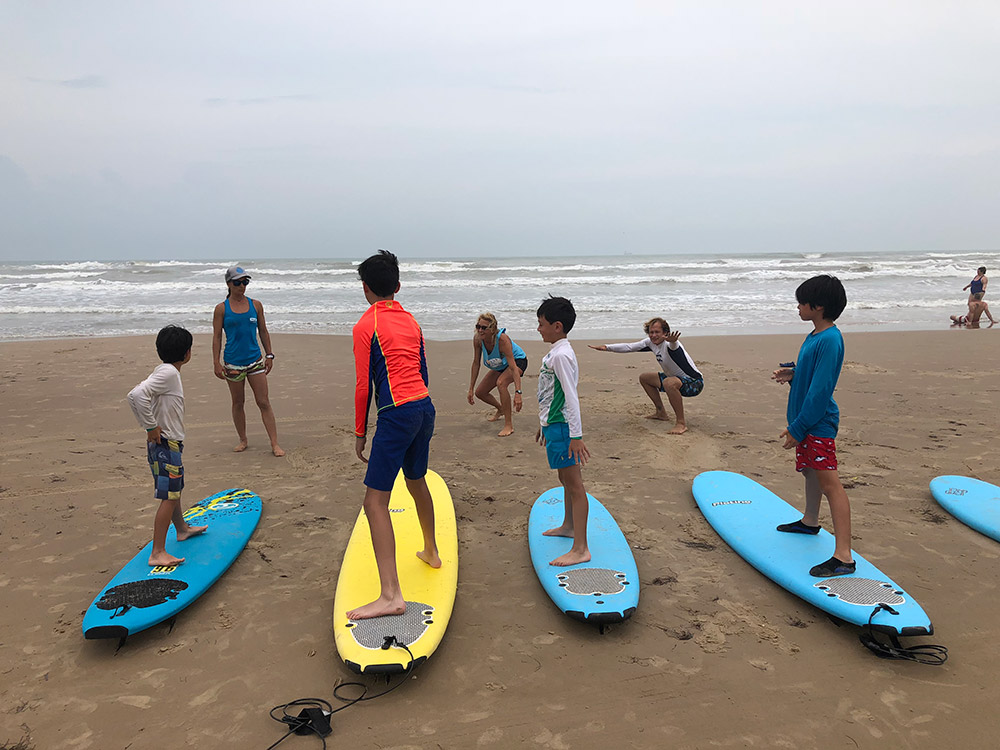 Surf’s up! Oliver (3rd from left) takes a surf lesson on South Padre Island in Texas with his older brother, Sebastien, and his cousins, Reagan and Robbie. June, 2018 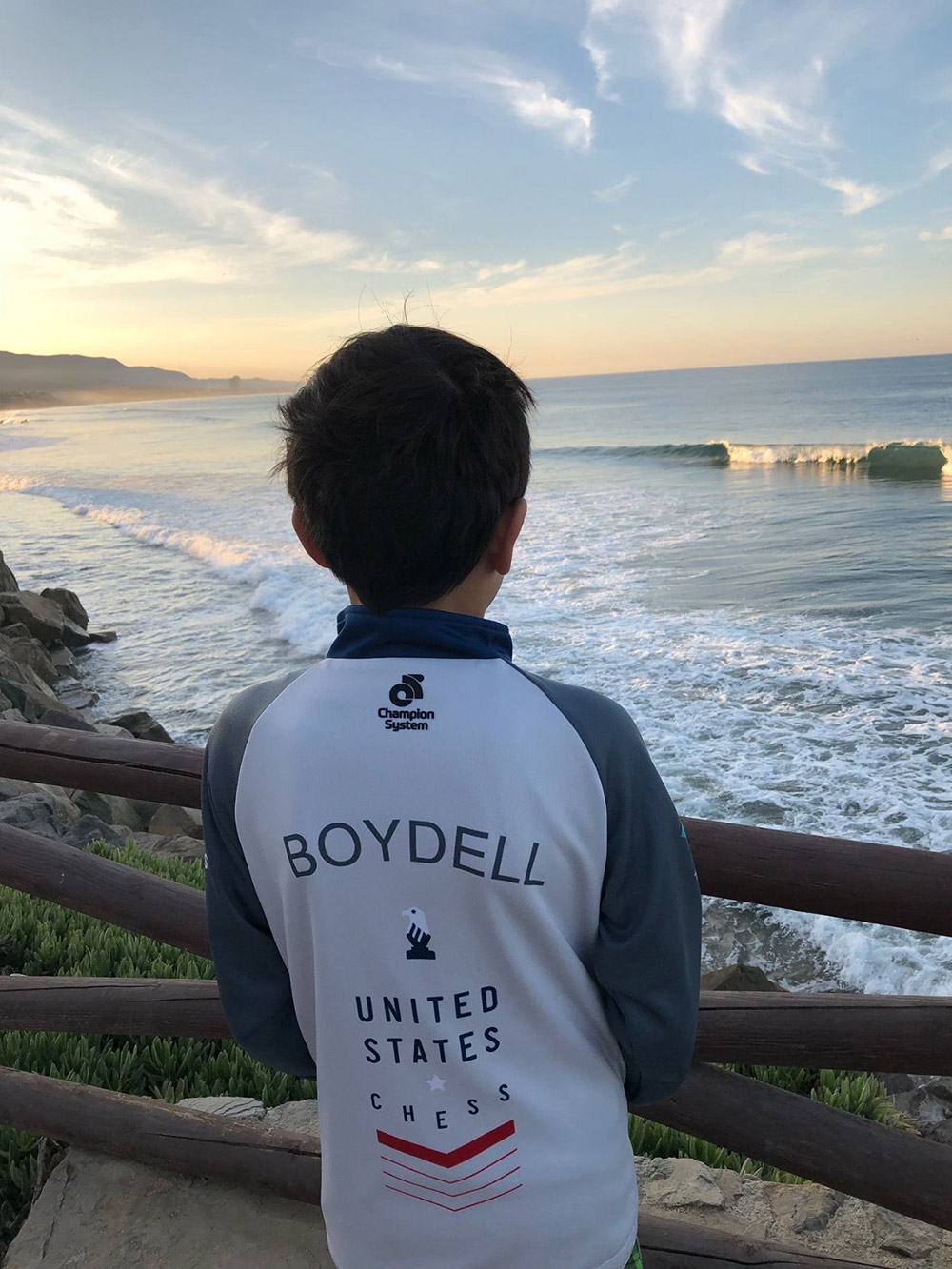 Oliver takes in the Pacific Ocean during a break from competition at the North American Youth Chess Championships in Mexico. November, 2018